The Book of Mormon

The Book of Mormon musical in New York is a must-see if you love comedy.

From Trey Parker and Matt Stone, the creators of South Park, and Bobby Lopez, co-creator of Avenue Q, comes a Broadway musical that Ben Brantley of The New York Times calls "the best musical of this century. The kind of newborn, old-fashioned, pleasure-giving musical that our grandparents told us left them walking on air. Heaven on Broadway". Entertainment Weekly says The Book of Mormon is "the funniest musical of all time," and Jon Stewart of The Daily Show declares it's "a crowning achievement, so good it makes me angry".

The Book of Mormon won 9 Tony® awards including Best Musical!

How long is The Book of Mormon musical?

Running time is 2 hours and 30 minutes, including one 15-minute intermission.

Is Book of Mormon suitable for all audiences?

The show is recommended for teens and up. Parental advisory: explicit language. Please note children under the age of 4 are not permitted in the theatre.

Buy tickets for The Book of Mormon in New York 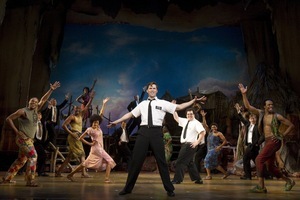 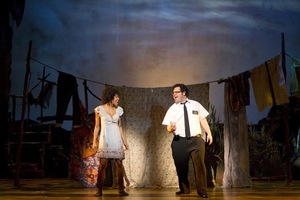