Based on the 2007 motion picture written by Adrienne Shelly, the new Broadway musical, Waitress, has a book by Jessie Nelson, music and lyrics by five-time Grammy Award-nominated singer songwriter Sara Bareilles and direction by Tony Award-winner Diane Paulus.

Jenna (Katharine McPhee), a waitress and expert pie maker, is stuck in a small town and a loveless marriage. When a baking contest in a nearby county offers her a chance at escape, Jenna must weigh her commitments against a rare shot at freedom and recognition. Her customers, co-workers, and the town’s handsome new doctor all offer her conflicting recipes for happiness – but Jenna must ultimately decide for herself.

Recommended for 13 +. Children under the age of 4 are not permitted in the theatre. 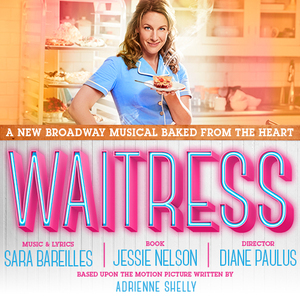