For the first time in 25 years, Lerner & Loewe’s My Fair Lady returns to Broadway in a lavish new production from Lincoln Center Theater, directed by Tony winner Bartlett Sher (The King and I, South Pacific, Oslo). Boasting such classic songs as “I Could Have Danced All Night,” “The Rain in Spain,” “Wouldn’t It Be Loverly” and “On the Street Where You Live,” My Fair Lady was hailed by The New York Times as “one of the best musicals of the century.”

The original 1956 production won six Tony Awards including the Best Musical and ran for 2,717 performances, making it, at the time, the longest-running musical in Broadway history.

The original orchestrations of the acclaimed score are played by a full orchestra of 30.

Children under the age of 5 are not permitted in the theatre. 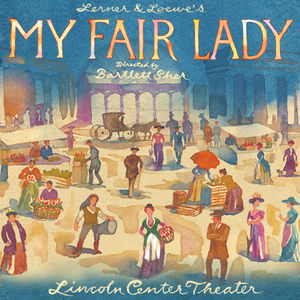