Carousel, "one of the most hallowed works of the American stage" (The New York Times), returns to Broadway in 2018 for the first time in more than two decades. Don't miss the revival of Carousel—an amazing production with stellar cast.

Set in a small New England factory town, Carousel describes the tragic romance between a troubled carnival barker and the young woman who gives up everything for him. Elevated to an epic scale with a sweeping musical score and incandescent ballet sequences, this story of passion, loss and redemption introduced Broadway to a new manner of musical drama — one that "set the standard for the 20th century musical" (Time Magazine) and would captivate theatergoers for generations to come. 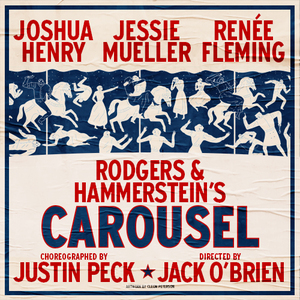