Cats is back on Broadway! Buy tickets for Cats online and enjoy this amazing musical by Andrew Lloyd Webber during your trip to New York.

Cats originally opened in London in 1981, with Broadway premiere in 1982. It was one of the most successful musicals of all times: there were 7,485 performances on Broadway from 1982 to 2000. Learn more about the history of "Cats" in New York Online blog.

If you did not have a chance to see the last century version of Cats, or would like to see a revival, Cats is an absolute must-visit musical in New York!

Based on T. S. Eliot's Old Possum's Book of Practical Cats, the show is set amongst a larger-than-life junkyard playground and is alive with feline characters, who've come out to play on one special night of the year—the night of the "Jellicle Ball." One by one they tell their stories for the amusement their wise and benevolent leader, who must choose one of the Cats to ascend to "The Heaviside Layer" and be reborn into a whole new life.

How long is Cats?

The musical duration is 2 hours and 20 minutes, including 1 intermission.

Is Cats suitable for all audiences?

The musical is recommended for ages 5+. Please note that children under the age of 4 are not permitted in the theatre. 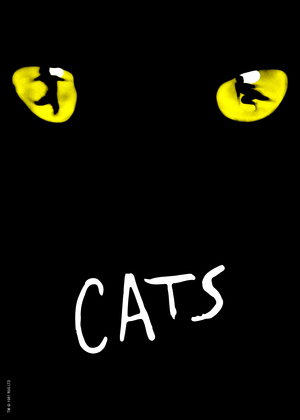