After opening in New York this musical by Andrew Lloyd Webber quickly became a Broadway favorite. School of Rock is a musical based on the famous Paramount film written by Mike White, which starred Jack Black.

The musical follows Dewey Finn, a failed, wannabe rock star who decides to earn a few extra bucks by posing as a substitute teacher at a prestigious prep school. Completely disinterested in academic work, Dewey decides to create his own curriculum, turning his class into a guitar-shredding, bass-slapping, mind-blowing rock band.

The stage musical is produced by Andrew Lloyd Webber, who has composed 14 new songs to create a score, which also features all the original songs from the movie. School of Rock, with its sensational live kids rock band, is a loving testimony to the transforming power of music. May the spirit of rock be with you!

Is School of Rock good for all age groups?

The musical is recommended for ages 8 and up. Children under the age of 4 are not permitted in the theatre.

How long is School of Rock?

The show duration is 2 hours and 20 minutes, including 1 intermission. 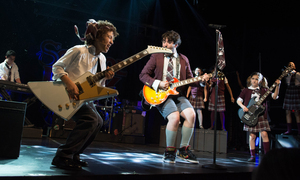 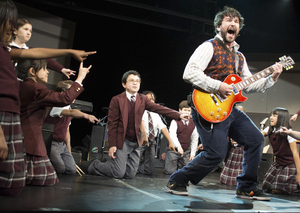