See the best of New York and explore the city your way - hop-on, hop-off service with over 50 stops and connecting transfer points to switch from one tour loop to another.

This tour of New York is divided into several routes (loops), all of which are included in the ticket price: Downtown Loop, Uptown Loop, Brooklyn Loop and Night Loop. You can go on as many tours or loops as many times as you want during 72 hours.

Enjoy a magnificent display of neon through the heart of Times Square atop a double-decker bus! Also marvel at the memorable views of Chinatown, the Empire State Building, SoHo, Little Italy, Manhattan Bridge, Brooklyn Bridge and more! Please note this loop is not a hop-on, hop-off.

Also included with your ticket is the Eat & Play Card. Save 10-50% off the entire bill for up to 4 people at 100+ of NYC's best restaurants, lounges, attractions, retailers, shows and more.

The ticket also includes Eat & Play discount card - save 10% to 50% on shopping and restaurant bills in New York.

Includes admission to either New York Historical Society Museum or Museum of the City of New York. 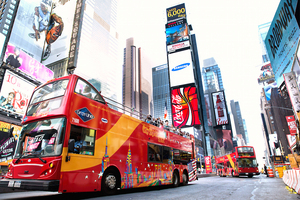 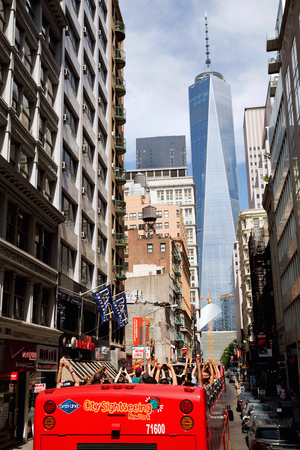 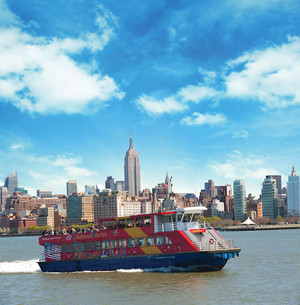 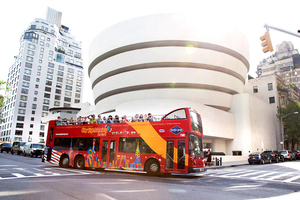